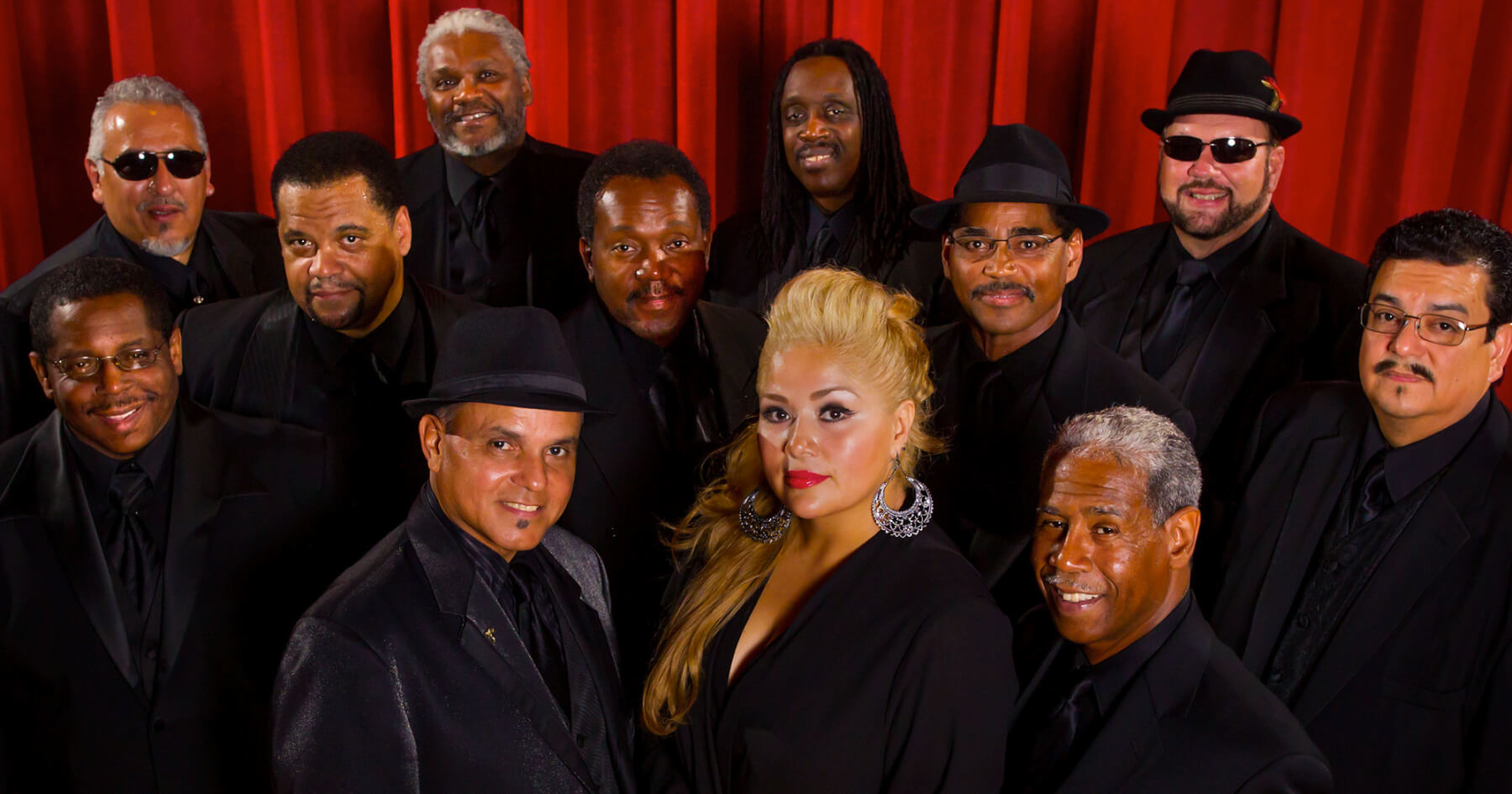 Together is the hottest English / Spanish showband in the Chicagoland area. The group is a twelve member band that is diversified in its musical styles, performing everything from pop

Together is the hottest English / Spanish showband in the Chicagoland area. The group is a twelve member band that is diversified in its musical styles, performing everything from pop to rhythm and blues to big band to latin rock and different Spanish selections. Its strength is its show, which combines outstanding vocal efforts and a tight state presentation.

Together has performed at universities, conventions, stadiums, theaters, ballrooms, summerfests, casinos, museums, and in the most exclusive night clubs and lounges throughout the Northwest Indiana Chicagoland area. The group has also had the pleasure of performing for the president and the vice-president of the United States, the Chicago Bulls at the United Center as well as their personal championship victory party, the Chicago Blackhawks’ playoffs, the Miss USA coronation Ball in 2001 and 2002, the Skyline Stage at Navy Pier, the Taste of Chicago, Viva Chicago, Fiesta del Sol, the Pan American Fest, Star Plaza Theatre, the Event Center at the Blue Chip Casino, and the Venue at the Horseshoe Casino. In concert the band performed with the Chi-Lites; Ray, Goodman, and Brown; El Gran Combo; Jose Feliciano; Little Joe and La Familia, Emilio Navaira; Ramon Ayala; the Barrio Boys; Johnny Hernandez; La Sombra; Elsa Garcia; War; Tito Nieves; Malo with Jorge Santana; Tierra; El Chicano; Los Kimbos with Adalberto Santiago: Tower of Power; O’Jays; the Whispers; the Stylistics; Russell Thompkins and the New Stylistics; Enchantment; Boys II Men; Heatwave; Sheila E.; the Mary Jane Girls; Lakeside; and comedian Gabriel Iglesias.

“High praise has come not only from these groups, but also from many national celebrities,” said Tom Dreesen, “You have to be present to see the excitement and the high energy of this act.”

You can read all about it here: https://www.festivalofthelakes.com/events/together/