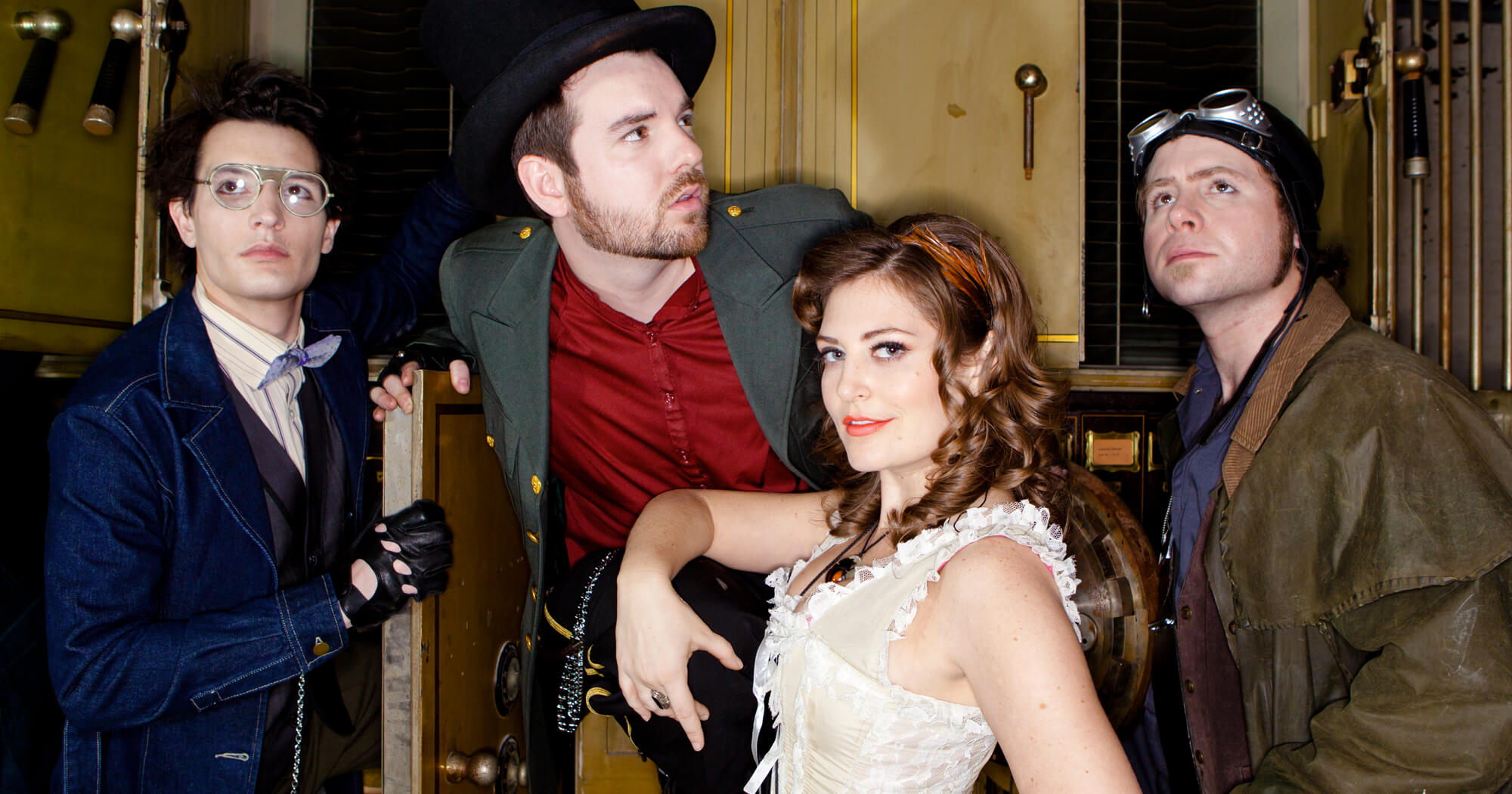 Sincerity, pathos and powerhouse vocals. The Empty Pockets’ often cerebral and sometimes playful indie rock sound is built upon a strong foundation of the timeless Americana, Blues, and Soul that

Their journey began with the late, great Buddy Holly. Childhood friends, Solomon (guitar) and Rosenthal (drums), started a band by joining forces with Bellon (bass). Soon after recording an original demo as “Josh & The Empty Pockets,” the new group was featured in a Chicago theatrical production of The Buddy Holly Story, performing as Buddy Holly & The Crickets. There they met singer Brett (keys), who enlisted as the final band member. With more than one distinct voice now delighting their audiences, the band officially became, simply, “The Empty Pockets.” And while writing, traveling and singing together, Solomon and Brett fell in love and married.

Ever since, The Empty Pockets have truly embraced collaboration. Just as The Band famously came into their own behind various frontmen, The Empty Pockets have found comparable footing teaming up with a wide range of legendary artists; Kenny Loggins, Simon Kirke (Bad Company/Free), Al Stewart (“Year of the Cat”), Gary Wright (“Dreamweaver”), and Richie Furay (Buffalo Springfield/Poco), both as opening act and backing band. The Pockets’ sound has evolved, influenced not only by these remarkable musicians, but also by independent artists and, most importantly, one another. The result is a dynamic musical style uniquely The Empty Pockets’; a surprising yet familiar blend of Folksy Rock ‘n Roll and Midwestern Soul.

“When The Empty Pockets play, they don’t just go through the motions of belting out tunes and revving their guitars to impress you – their performances are offset with a vibrancy and a sort of energetic showmanship so that space and distance don’t matter in the end – rather it’s more of which of their carefully crafted songs will strike a chord within you first” (My Nguyen, AMDEntertainment).

You can read all about it here: https://www.festivalofthelakes.com/events/the-empty-pockets/